The owner of Darnel’s Cakes started the project as a fundraiser for World AIDS Day. It is now a full fledged cafe with a mission to destigmatize HIV and AIDS and a possible second location in the works.

Behind the Line is Foobooz’s series of interviews with the people who make up Philadelphia’s vibrant bar and restaurant scene. For the full archive, go here.

Kyle Cuffie-Scott opened Darnel’s Cakes in mid-2020 after years of selling his cakes and pastries at regional farmers’ markets. Now, more than two years later, he operates a cafe in an office building in Spring Garden, serving breakfast and lunch to office workers in the area. Kyle oversees the whole thing with a winning smile and an expert touch with butter that turns out to be one of the best cookies in town. I sat down with him to talk about the cafe’s mission, his struggles with quiche, and the future of Darnel’s.

I grew up in… Springfield, Massachusetts, then I moved to Philadelphia for Temple University.

I got into baking… because I did two years of pastry school at Johnson and Wales before I transferred to Temple. It was fun. We had baking lessons, bread lessons, chocolate lessons, everything. But I didn’t really want to specialize, so I was transferred. 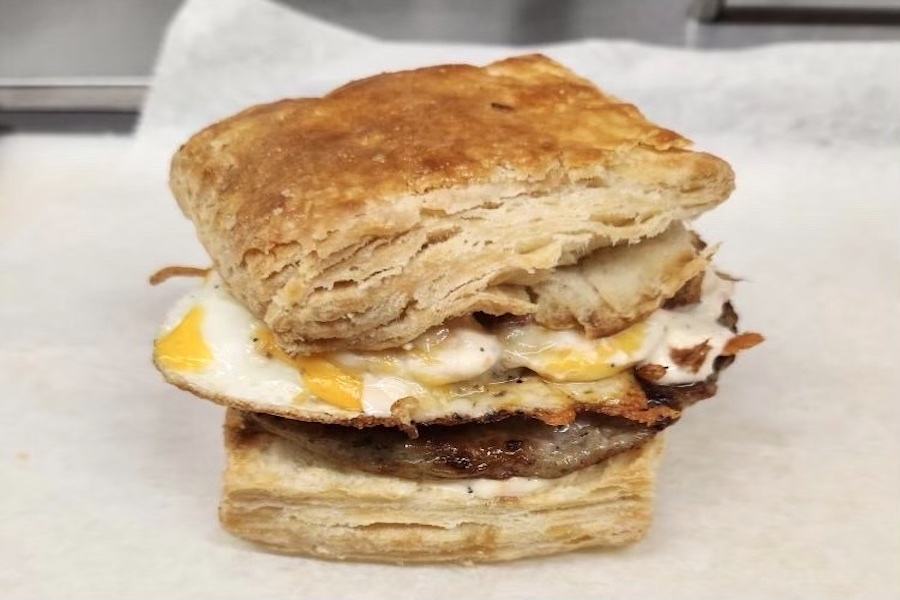 A breakfast sandwich from Darnel’s Cakes – served on a buttermilk biscuit with a fried egg, cheddar, Parmesan and Gruyere, plus sausage. / Photo courtesy of Kyle Cuffie-Scott

The business idea came from… a fundraiser I did right after my cousin, Darnel, died of complications from AIDS in 2013.

Darnel was… from Georgia, and he loved to sing and was very involved in the church. I was just getting to know him as an adult when he died.

I first imagined the business concept… as a fundraiser for World AIDS Day at this cafe on the corner of 12th and Spruce. My friend was rearranging the menu and I was kind of helping her and going, ‘Do you mind if I have a fundraiser here?’ And then Charisse McGill asked me to join the Lansdale Farmers’ Market. And I realized that would be enough to live on, so I quit my other job and started Darnel’s full time.

I say we are mission driven because… we started as a fundraiser, but when i got into the farmers market i realized i could really live off it and quit my job. But we don’t raise as much money as we can meaningfully contribute to a nonprofit’s bottom line. So I prefer to say that we are mission driven.

The mission is… to get people talking about AIDS. When Darnel died, I was kind of like, ‘Wait, how did that happen? Why didn’t I tell him about AIDS prevention? I am the oldest gay cousin. So it was difficult.

We raise awareness through… It’s about fundraising, which we still do a bit. We usually have an item that’s a specific fundraiser for an organization, but we’re also a new business and trying to become something that’s sustainable, so it’s not like we’re donating tons and tons of money . Right now, I’m focusing more on de-stigmatizing conversations around HIV and AIDS. We have HIV tests here, we can discreetly test someone if they need it. And also, we only talk about HIV and AIDS, and hopefully that will reduce the stigma a bit. 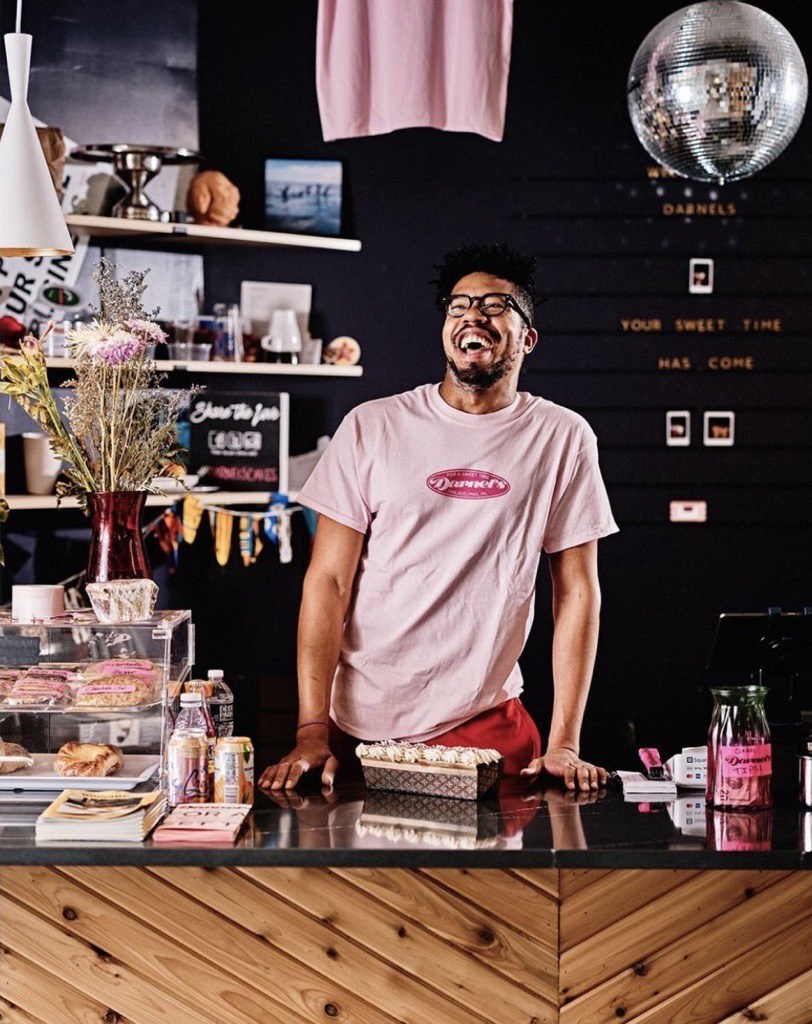 My favorite thing on the menu right now is… the quiche. It was hard to do it like we do in a huge baking sheet, so you have to blind bake it, and for a while we sort of underbaked it. You have to really push it to get a really nice crispy crust, but I feel like we finally got it perfect.

The thing that surprised me the most about running this business is… how loyal our customers are. They have high expectations, but then they get so excited and they Oh and ah on things. And being at the farmer’s market, I’ve gotten to know people over the years and I’ve baked birthday cakes for people’s kids and watched them grow up and, like, change genders and it makes me so proud.

We will expand the business in the future… doing more wholesale and maybe opening another cafe.

I’m super inspired by… French bakers. There’s this new bakery [in Paris] called French Bastards which I love – they do a kind of classic French pastry with a modern twist.

My pastries are… not really French, but I take a kind of French approach because I loved that course in school. Like with my cookies, for example, I don’t make a puff pastry like I do for croissants, but I do four pound folds when I make them, which makes them super tall and flaky.